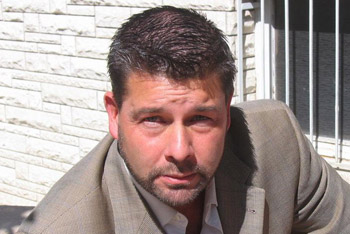 Scott Taylor, a former soldier, is the editor and publisher of Esprit de Corps, a magazine celebrated for its unflinching scrutiny of the Canadian military. After exposing a number of top-level cover ups and scandals while defending the rights of the rand and file, Taylor was dubbed the “Voice of the Grunts” by The Globe and Mail.

Taylor is the recipient of the Quill Award for outstanding work in the field of Canadian communications and the Alexander MacKenzie Award for journalistic excellence.

As a war correspondent for the past 12 years, he has reported from such global hot spots as the Persian Gulf, Cambodia, Western Sahara, Croatia, Bosnia, and most recently, Yugoslavia, Kosovo, Macedonia and Iraq.

He is a regular contributor to several newspapers, including The Globe and Mail, and to Maclean’s magazine, and is the author of four best sellers, including Uncivil War: The Violent Aftermath of the Kosovo Conflict.

Scott Taylor on Being Captured

Journalist and former soldier Scott Taylor discusses his capture in Iraq and the American media’s...