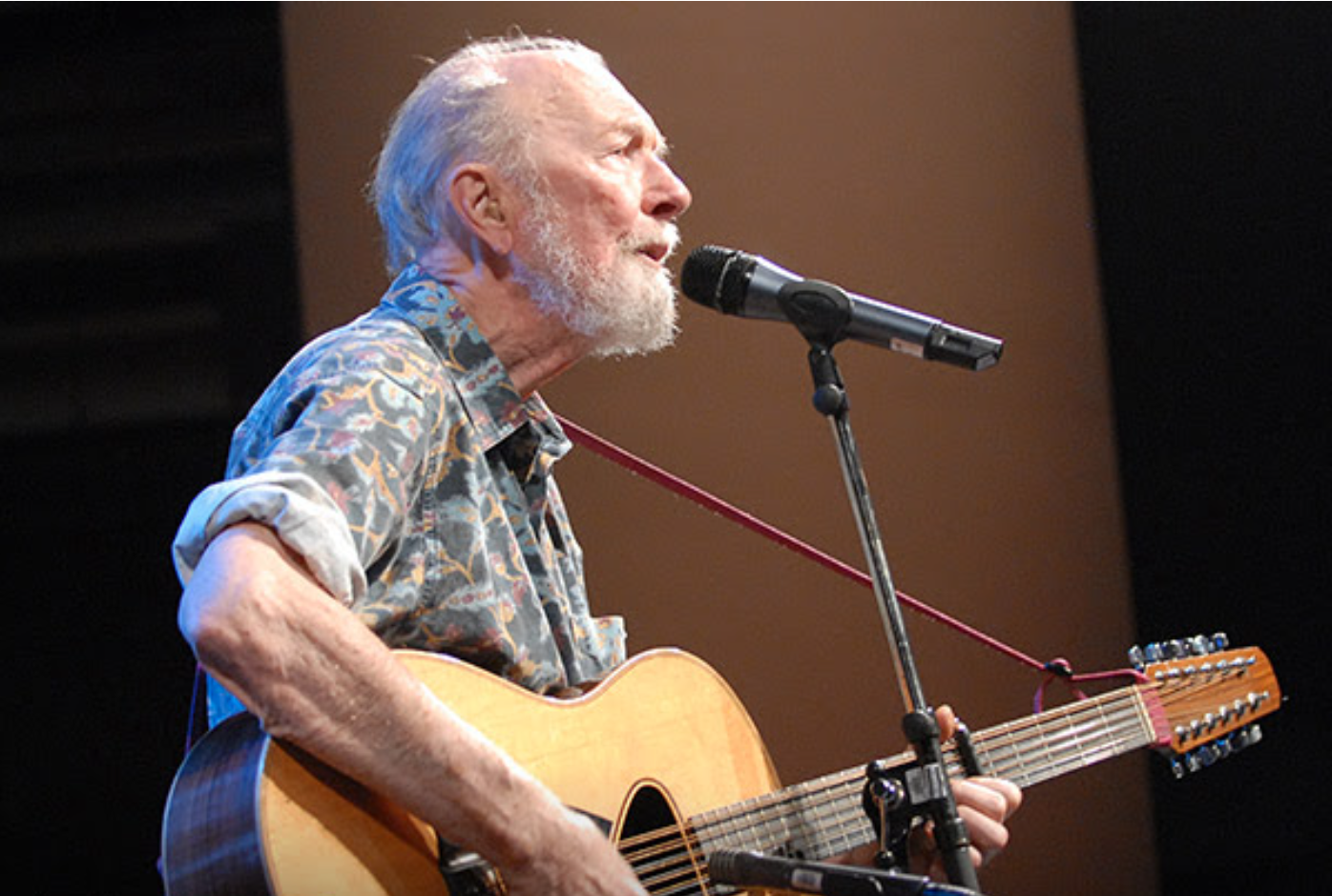 Folk music legend Pete Seeger famously said, “If it can’t be reduced, reused, repaired, rebuilt, refurbished, refinished, resold or composted, then it should be restricted, redesigned or removed from production.” He was one of the world’s early eco-warriors and a folk hero to generations of fans, dating back to the 60s. His U.S. homeland honoured him posthumously last month by putting him on a stamp. He earned the prestigious pedestal. From his early days as a singer-songwriter, Pete demonstrated a unique ability to inspire the masses with both his music and his activism. In his 2006 appearance at ideacity, he shared his hope for the future and some of his most beloved folk classics.