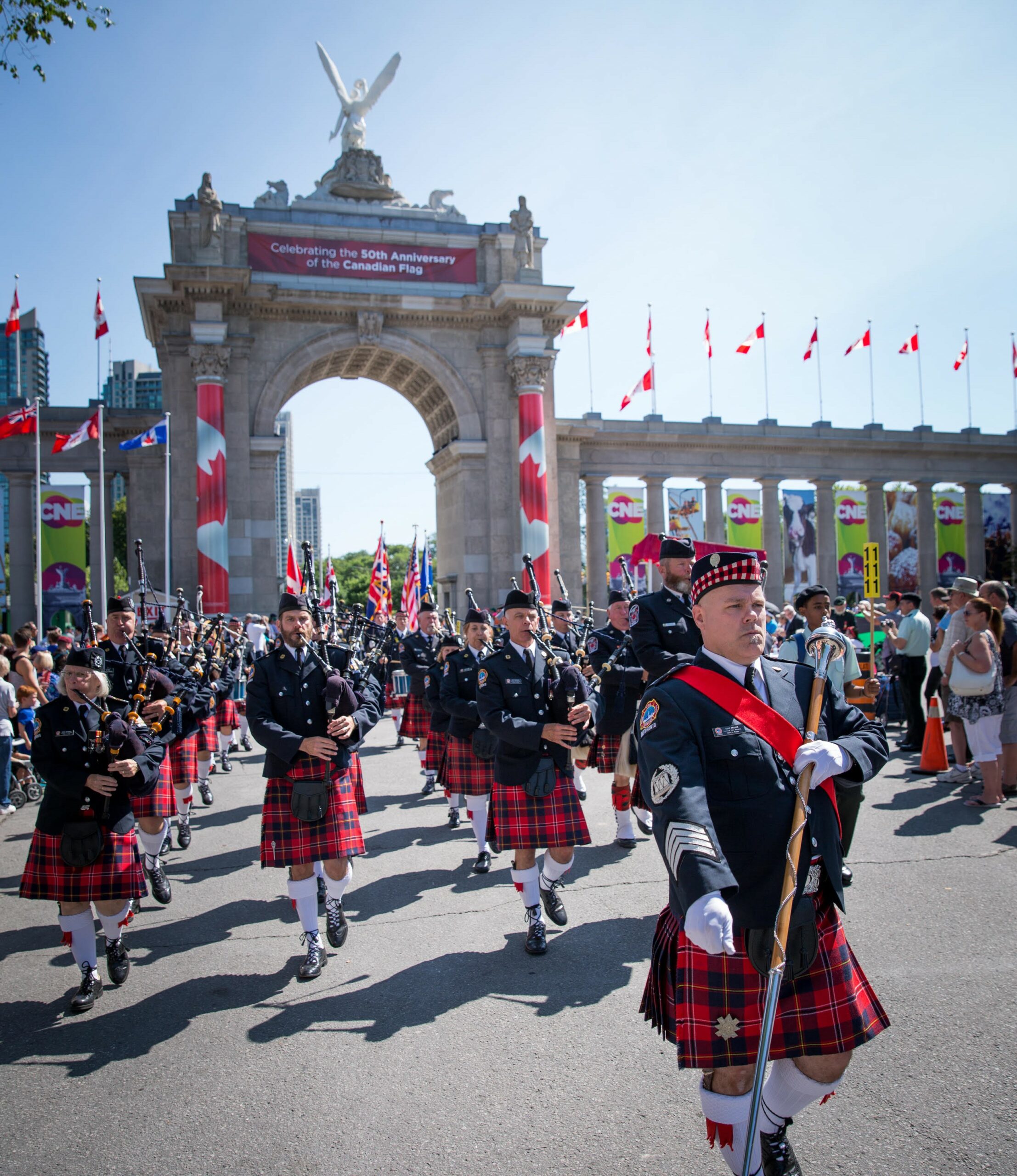 The Toronto Fire Services Pipes and Drums band was established in 1998 to serve as a ceremonial band for Toronto Fire Services and for the City of Toronto, participating in official functions and duties, as well as numerous community-based events in and around the greater Toronto area. The band has also performed across North America and in Europe, most recently competing at the World Pipe Band Championships in Scotland in 2018. Lead by Pipe Major Donna Bakewell, the band takes great pride in representing Toronto Fire Services wherever they go.