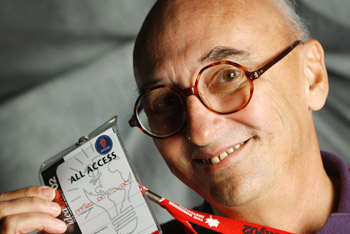 Marq de Villiers is a Canadian author and journalist who has written numerous books on topics ranging from apartheid to winemaking to climate change. He lives in Nova Scotia with his partner, Sheila Hirtle, with whom he has collaborated on several books.

Born in South Africa, de Villiers was educated at Cape Town University and the London School of Economics. His first book was White Tribe Dreaming: Apartheid’s Bitter Roots as Witnessed by Eight Generations of an Afrikaner Family. He was editor of Toronto Life magazine for 14 years, as well as an editor at Reuters and editorial director of WHERE Magazines International. As a journalist, he has been foreign correspondent in Moscow, Eastern Europe and South Africa.

In 1999 de Villiers won a Governor General’s Award for his book Water: The Fate of our Most Precious Resource. In 2010 he was made a Member of the Order of Canada.

Marq de Villiers - Availability of Water In the Sahara Desert

Prolific author Marq de Villiers delivers a Talk on the many wonders of the Sahara. He was partly...