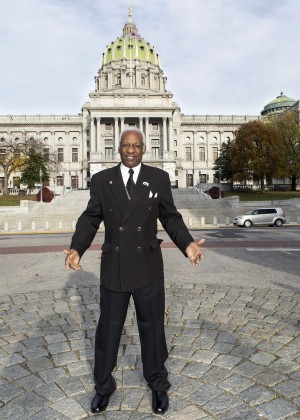 JT Carter’s The Crests were a New York R&B doo-wop group of the late 1950s and early 1960s. Their most popular song was “16 Candles,” which rose to number 2 on the Billboard Hot 100 chart in 1959. It sold over one million copies, earning a gold disc. The interracial group had three black members (one female), one Puerto Rican, and one Italian-American. JT Carter was the 1st African American to create an interracial vocal group in The United States.
The group had several Top 40 hits in the late 1950s and early 1960s on Coed Records, including “16 Candles,” “Six Nights a Week,” “The Angels Listened In,” “A Year Ago Tonight,” “Step By Step” and “Trouble in Paradise.” They also charted with “Sweetest One” (Joyce label) in 1957. The Crests appeared and performed several times on national teen dance television shows in the late 1950s to include The Dick Clark show and The Joe Franklin Show.

On November 12th, 2013 Carter was recognized on The Pennsylvania State House Floor by Speaker of the House Sam Smith and Rep Rosemary Brown for his lifetime in the music industry and the 1st African American to create an interracial vocal group.