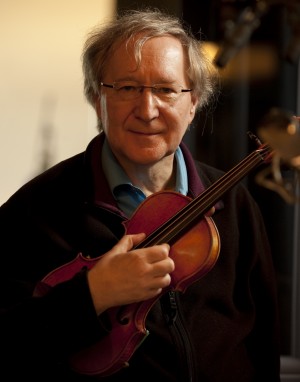 Born in Germany, raised in Switzerland, then a student of Itzhak Perlman in New York City, and since 1980 a citizen of Montréal, Helmut Lipsky is very active on the national and international music scene. A violinist, composer, improviser and pedagogue in the realms of classical, jazz, world, tango and contemporary music, he is a professor at the Conservatoire de musique de Montréal. He has recorded numerous CDs as well as radio and television programs, and has performed – especially with MÉLOSPHÈRE – at festivals in North America and Europe, among others, at the Montreux International Jazz Festival.

He has created music for cinema, theatre and multimedia, and collaborated with artists such as Andreas Vollenweider, Angèle Dubeau, Gilles Vigneault, Suzie LeBlanc and Michel Donato. He has won numerous awards, including Le Prix Opus for Best Album, the Presidential Scholars Award from the Council of the City of New York and First Prize of the Worldwide Community of French Language Radio Stations.

The MÉLOSPHÈRE is the realm where there are no boundaries between musical languages — a space where Jazz, Classical, Tango, Latin, Gypsy, Rock, and music from various past and present world cultures interact to create a vibrant and eclectic sound, structured by programmatic and narrative elements. Helmut Lipsky founded his musical universe in 1980, upon his arrival in Canada.

Helmut Lipsky will be accompanied by: 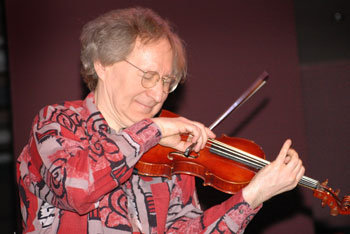 Musician Helmut Lipsky performs in his very personal and identifiable...