Electro-Pop Polyphonic Blues of the Ukraine 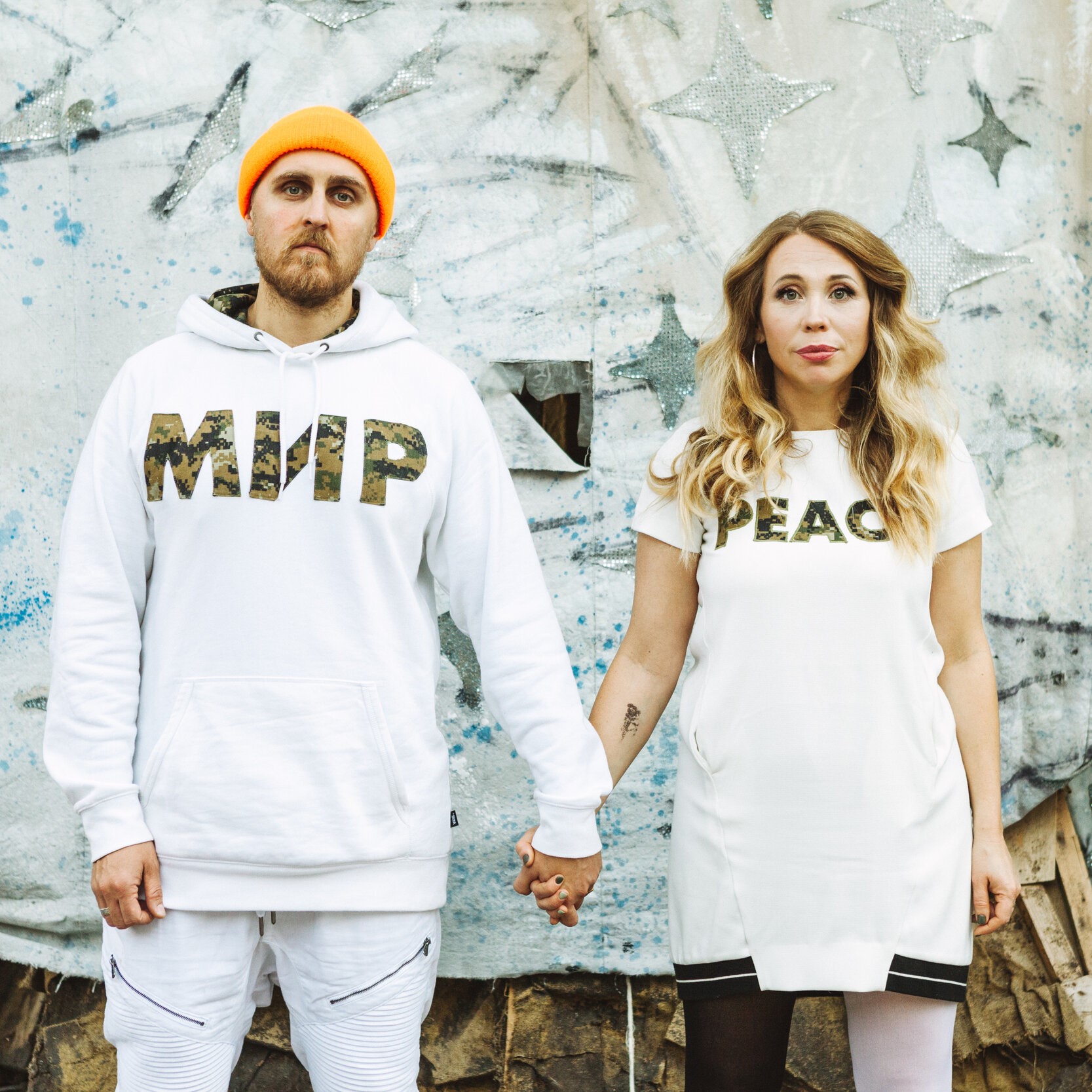 Mark and Marichka Marczyk met and fell in love during the Revolution of Dignity in Ukraine. Their experiences of war coupled with their unique knowledge of the polyphonic blues of the Ukrainian plains exploded into an ethno-bass live set in which the duo sing live to original EDM, trap, trance and electro-pop influenced tracks. The astounding vocals are accompanied by equally compelling documentary footage from the front lines of the war, black and white archival material from the same region, and popular soviet cartoons.

The couple created the award-winning guerrilla-folk opera Counting Sheep and are co-founders of the infamous balkan-klezmer-gypsy-party-punk-super-band Lemon Bucket Orkestra. They won a Scotsman Fringe First Award, two Dora Mavor Moore Awards, several Canadian Folk Music awards and an Amnesty International Freedom of Speech commendation among other accolades and have been covered widely by International press– the New York Times, the Guardian, the Globe and Mail, etc.

In September, they’re curating BLOK: Eastern European Music Summit, which will bring the region’s most dynamic artists and taste-makers to Toronto as well as showcase Canada’s contribution to the slavic culture narrative.